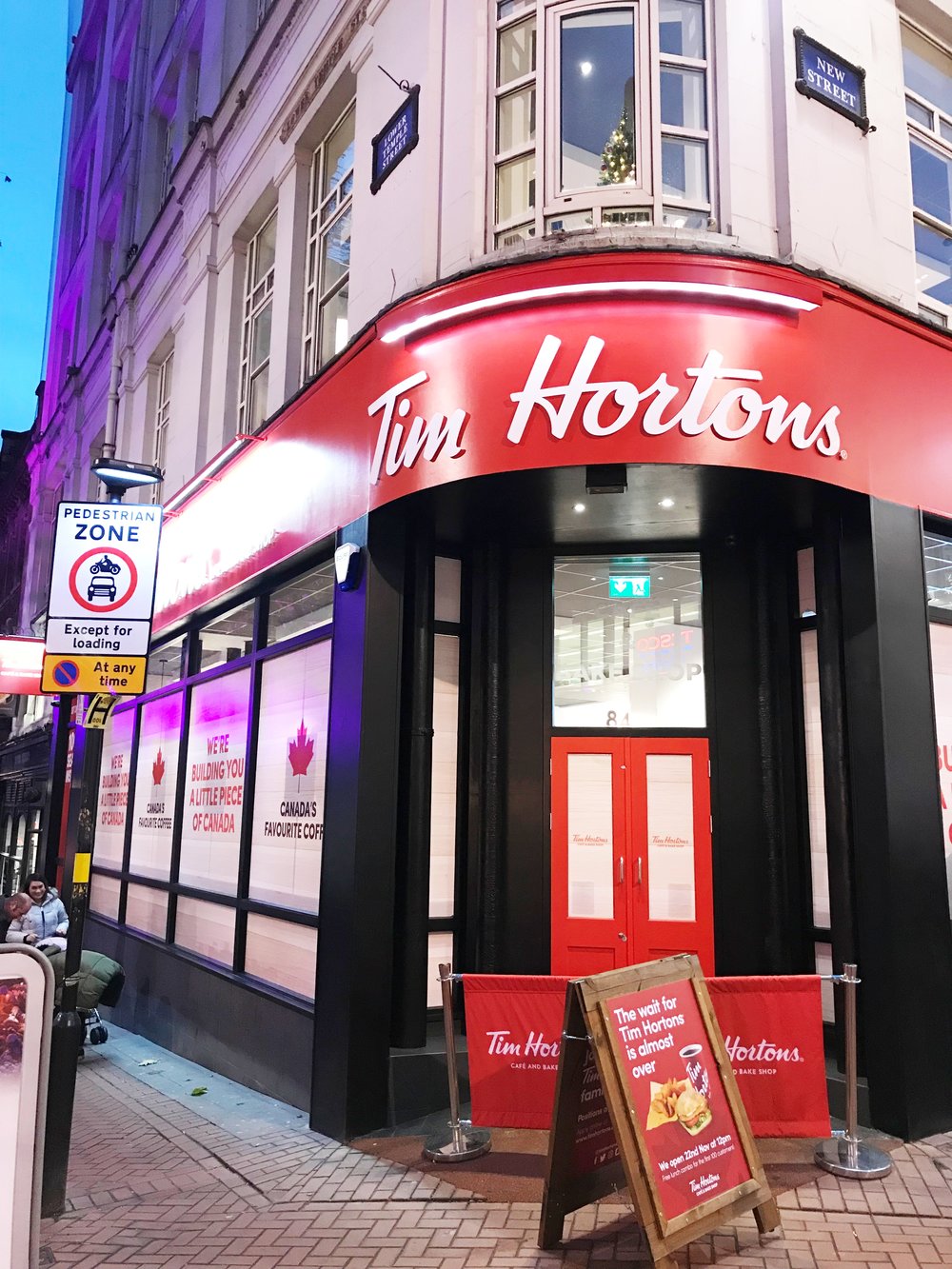 You are here: Home / Uncategorized / TIM HORTONS COMES TO BRUM

IT’S HERE! If you’re like me and was an old school watcher of Estee! You’ll of seen her Canada Vlog where she has to go to Tim Hortons for her fix before returning home! Ever since these vlogs, I’ve wanted to either go to Canada for the donuts or hope and pray it came a little closer to home. When the news broke last week about the restaurant opening in Birmingham, everyone went wild. So when the invite popped up in my inbox I jumped at the chance to attend the launch and get my hands on the donuts. We was welcomed into the restaurant and greeted before picking out some savoury pieces which I didn’t realise Hortons actually did! I went for the Cheese and Steak with a Caramel Frappe. WHICH WAS AMAZINGGG.

We were then taken to our table by a member of staff which were all on such top form ahead of the launch the next day. We were seated then left to enjoy the treats and taste of Canada from Tim Hortons. I could not fault the food nor the drinks. Also what really surprised me was the price range of the food and drink. With Hortons sitting just opposite Starbucks it’s sure to draw in a few more customers with their amazing prices.

We got to meet the new store manager, and the team before having a presentation on the history of the company and how Tim Hortons came about! Then for my favourite part of the night the donuts! the staff walked around with boxes offering s any donut we desired. I wanted to try the cro-nut and oh lord it was just as good as I thought it would be! Oh and of course I tried the Tim bits which are now going to become my new favourite pick up snack for my train journeys from Birmingham! If you haven’t yet been to TIM HORTONS in Birmingham be sure to pop along as it’s now open! However beware it is still very busy and hyped up.